This is a manifesto assembled from the writings of Ian Bogost, of everything that video games are better without.

Games should be about systems, not characters.

Games should not encourage identification with a single character. If the game contains people, or animals, or other sentient beings, the player should not embody any specific one of them. They can control a collection of characters, or make objects appear and disappear, or an abstract idea, or alter the laws of reality.

Games should be about systems, not stories.

Games do not need stories. Some people will treat games without stories as lesser art. They will call them "mere playthings." But "play" and "fun" requires taking something seriously. Play is not inferior to story. Do not treat it as inferior.

Some people will try to tell you that all games have stories. That the player creates the story as they play. These people can't let go of the idea that "story" is an inherently superior form of art. You must let go of this idea.

Games should be informed by the real world rather than by a genre.

The mechanics of the game should be informed by what your game represents. What is simulated in your game? Put your knowledge, understanding, and beliefs into that simulation. Make it behave the way you think it would behave.

If you ever find yourself doing something because that's what is done in platformers, or strategy games, or puzzle games, or whatever, stop yourself. That path leads to games with no connection to reality.

No arbitrary mechanics that don't have a connection to the object being represented. ( Three bananas in a row disappear? No, bananas don't do anything like that. Bananas turn black after three turns? Yes, that is based on a true property of bananas. )

While we're at it, is your game set on another planet or a fantasy world? Consider setting it on Earth. It will be scary to represent Earth. When your world is fictional, you always have the upper hand. It's guaranteed to be an accurate representation of a world that doesn't exist. Representing the real world carried the risk of being wrong, but that risk brings with it the ability to have meaning about more things.

Not to completely oppose use of science fiction and fantasy. Just pay attention to why you are using it and be sure it isn't about avoiding that risk.

The vow you make is: 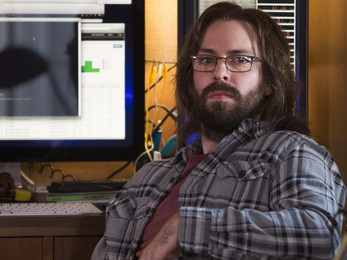